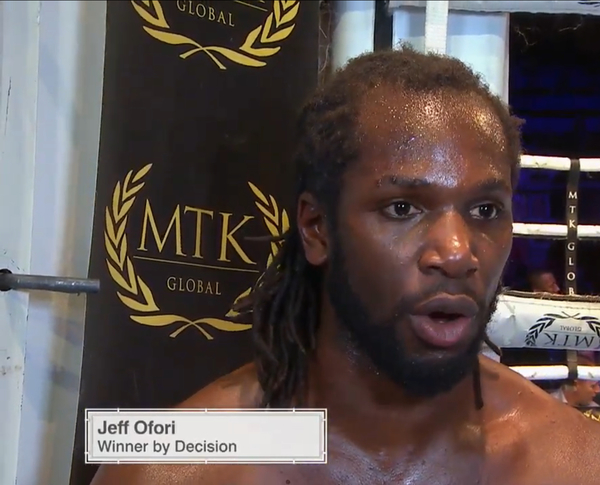 The heavy body onslaught and ferocity appeared to catch the eye of the judges and onlookers ringside as the away fighter pulled away over the eight round distance.

Fortunate to have met the TV slot capacity, Ofori was given added exposure to showcase his ability but didn't let this spotlight take shine from his war-like display.

The first few rounds were nip and tuck until Ofori turned on the gas in the middle rounds, making Carroll miss and catching him with quick flurries.

Ofori seized the opportunity to go to Carroll's body and in particular, caught him with a straight right hand down the middle which made his opponent wince momentarily.

Carroll was not able to utilise his size and now somewhat a similar trend for Ofori to get up close and smother the taller fighter, gave him the success he needed to land scoring shots.

The sustained pressure aided Ofori when he did appear wild occasionally and throwing looping overhands against the ropes made Carroll revert to his pot-shooting from the outside.

Awaiting his call for another title shot, Ofori can be confident his time will come in the new year as the calibre of opponent heightens and the expectation to go into someone else's backyard catapults him through the British rankings.