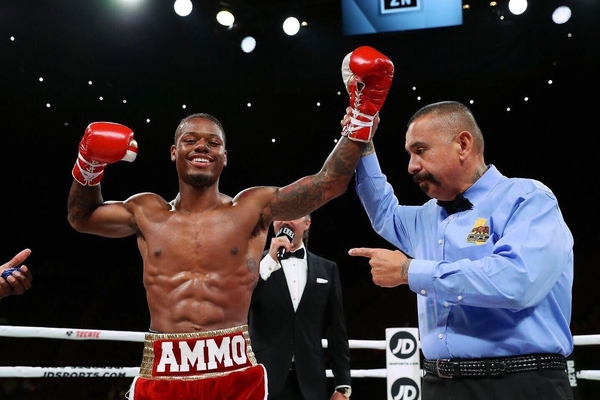 Unbeaten prospect Austin 'Ammo' Williams (3-0) carries plenty of ammunition into his fourth professional outing at the O2 this Saturday.

Williams has accumulated an impressive three wins from three with 100% KO ratio and will be looking to replicate this form in front of a London sellout this weekend.

Alongside his fellow compatriot, Regis Prograis who battles Josh Taylor for the WBA and IBF super-lightweight crowns as well as the Inaugural Muhammad Ali trophy at stake for the winner, Williams understands the pressures of the big occasion and relishes the opportunity to shine once more.

Since joining Matchroom's elite caucus, Williams has already tasted huge exposure featuring on the AJ-Ruiz undercard earlier this year at MSG, producing an emphatic first round blowout of Jabrandon Harris.

Still yet to prove himself to the U.K. fan base, the Texan will be looking to showcase his very best and steal the limelight away from the main event, focusing on his own personal ambitions to supersede expectations at this embryonic stage.