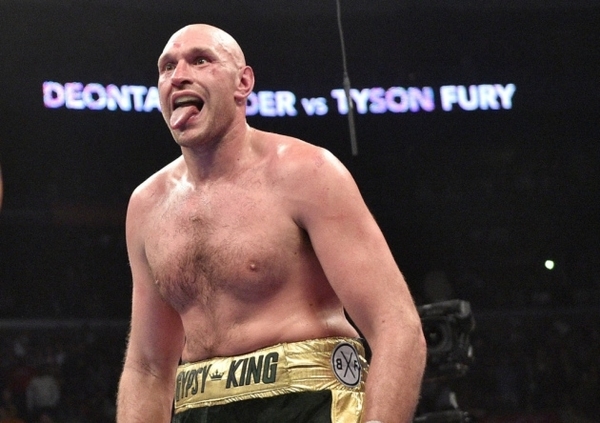 Wraps On Weekly Memo: 'Does outside antics and commeradory "de-purify" the purity of the sport?"

Polarising or not, Tyson Fury lives up to his fighting name. The charismatic 6'9 towering Manchester heavyweight squares off with Swedish outsider Otto Wallin in Las Vegas tonight.

Contentious battles with mental health, anxiety, depression and so on have reshaped Fury's devotion to the sport he exacerbates purity within but before we unveil his fight week showmanship and entertainment, his opponent Wallin has been dubbed a classy exhibition by most in the wider boxing fraternity.

Before Fury fell into a loop-hole of bad habits and discontent from the sport, he would play the villain in most head-to-heads, famously with his Batman stunt to amuse Vladimir Klitschko and recently call up AJ to remind him of his "robotic-bum" nature.

Whatever pleases Fury will be but nobody can deny his passion and excitement to those in another wave of heavyweight dominance, now a solidified billboard icon under the TOP RANK/ESPN banner.

In the Thomas Schwartz debut fight for US terrestrial TV station and the rest of it, Fury showcased razor thin movement exerting an ounce of energy to get rid of the out of his depth German, similar to the bookmakers chances in this weekends clash with Wallin and what we'd have expected from a Hagler or Hearn's performance. Yet does Tyson get enough credit?

The conventional view of boxing is not tip for tap basic nonsense but to respect the satorial riches of 'hit and don't get hit.' Fury expresses this with his own flare and technique with ring generalship and IQ instrumental to his upper body prowess.

No heavyweight on planet earth and beyond would be able to replicate Fury's sharp yet effortless boxing movement or ability, nor be inclined to stand in front of him and trade, his power another area diminished.

Working with Ben Davidson for back to back camps and adopting that youthful presence and artistry in the ring, no matter the opponent, Fury is able to have you stunned momentarily and made catching shadow for the duration of the round. It's that simple. He's elusive and nowhere to be seen most of the time.

Coming to terms with the reckless social media spats and ruffling a few feathers, Fury's harmless and has no inclination to take a few verbal digs from either Joshua or Wilder, knowing the ball is in his court and the cherry picking days are long gone.