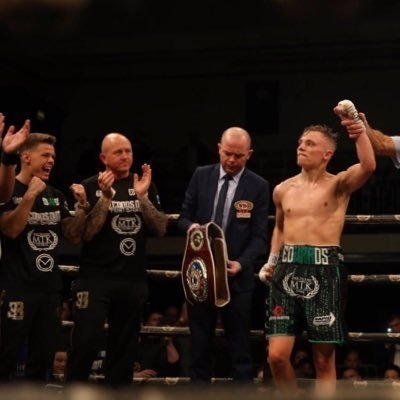 Edwards sheds light on brother Charlie's controversial NC yet has Guaraneros to contend with!!

14-0 Sunny Edwards may not be far off a world title shot and in doing so would need to overcome another tough opponent in Mexican Rosendo Hugo Guaneroros (16-2-0).

This particular come forward rodent-type style has probably favoured Sunny, especially after his last two marquee performances (v Junior Granados and Ryan Farrag), able to pivot and showcase his elusiveness in what has been an unblemished opening to his championship credentials.

Meanwhile, the Croydon duo, both Charlie and Sunny understand that in order to make a legacy of their own, rare to see in such a dynamic young coupling at such a fast rate on opposite promotional networks encourages both to fulfil their dreams day in day out.

Back at the iconic York Hall, Sunny, of course is the headline attraction and edging further up the rankings is a positive note for promoter Frank Warren while other fights may only reveal whose capable of surpassing domestic level in Zak Chelli up against slick southpaw Kody Davies.

With Guanereros seemingly a tricky customer on paper, we are yet to see Sunny tested to the same degree as brother Charlie [Edwards] who fell short at the first world title hurdle only 11 fights into his career.

Sunny has picked up the WBO European & WBO intercontinental titles defending both successfully and solidifying his position as a genuine threat at 115lbs.