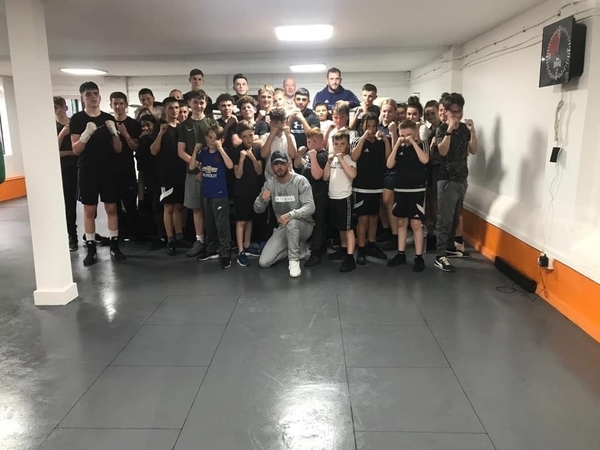 Luton Town's Reynolds re-ignites revival of boxing in the community!!

The Jordan Reynolds story continues as the inspiring 2020 GB Olympic team hopeful, sets the precedent and foundations for youngsters growing up in the Town.

The newly-established Boxing Academy named after the charismatic and fan-loved 24-year old himself, has already transformed the lives of kids as little as 9 years old right through to producing some of the brightest young talents the Town has to offer (both Junior and Senior).

This centrepiece for prosperous times ahead in Luton leaves Reynolds with no choice but to give back to a place firmly at heart in which he faced several periods of adversity and overcome those challenges in.

With his own career in jeopardy not so long ago, forced to wait on the outskirts of GB podium goals and solidifying his position as the #1 middleweight contender to represent his country in previous Olympic cycles, plagued by injuries and enduring months of rehabilitation, the future ahead looks much brighter for the fully rejuvenated Reynolds in achieving those dreams, not just for himself, his family but with the whole of Luton behind him.

The Jordan Reynolds Boxing Academy embodies all the energy, blood, sweat, tears and joys from his beloved Hoddesdon club, where the coaching and training regime nurtured him from a young novice to a seasoned competitor in the amateur ranks, as well as equipping him for the inevitable transition to the pros.

With similar intentions to create a reputable and warming environment, the Jordan Reynolds impact makes things a lot more personable and approachable for families to interact and communicate with one another regarding their sons or daughters progress.

However, this new setup encapsulates all the wonderful opportunities brought to a diverse community, mix of cultures, divisiveness of characters, ethnicities and cultures to unite and make better for the Town, turning away from the existing troubles that lure so many young people into the unforgiving habits.

It may take years to produce a single world champion or multiple British or European champions, even accomplished amateur champions with different goals stretching the long-term vision of the Academy, meanwhile, Reynold's primary aim is to keep kids off the streets, away from trouble, the law, and look to themselves as aspiring young men and women to transfer their skills and talents into reality.