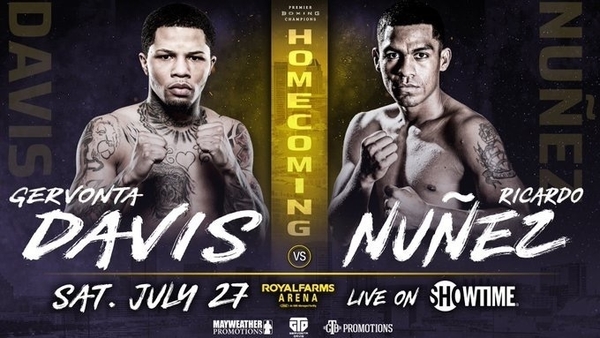 After losing his IBF world super-featherweight title on the scales prior to the fight with Fonseca, the youngest American world champion at 22 (period), has been gifted with a clean, refreshed path to continue his rise to P4P supremacy.

The brash Davis took his chance against Jose Pedraza back in January 2017 to win the IBF belt, but less than seven months later, faced another controversy failing to the make the 130lb limit on the Mayweather Box-MMA undercard.

Consecutive wins against Liam Walsh, Jesus Cuellar & Hugo Ruiz meant the next defence of his self-established and earnt WBA crown would be put to the test, against Panana's Richardo Nunez, who worked himself into a position after three recurring KO performances.

Davis returns to his hometown once more facing the highly-credible Nunez while another mouthwatering contest between Yuriokis Gamboa & Roman Martinez will co-feature.