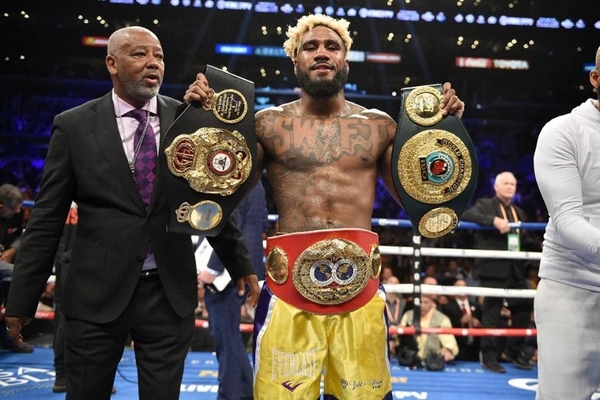 Former unified IBF, WBA & IBO super-welterweight Champion Jarrett Hurd (23-1) will be eager to get hold of his titles when he faces Julian Williams in their inevitable rematch.

The 28-year old was edged out by 'J-Rock' Williams at the EagleBank Arena in Fairfax, Virginia, via comprehensively handing 'Swift' his first defeat in the pro-ranks by UD.

Undoubtedly, the psychological and moral deflation following the defeat would have left a bitter taste in Hurd's mouth but giving Williams his time to celebrate and in humbling fashion, meant he could concentrate on the return fixture, yet to be announced [date and venue].

Hurd whose dynamics are frightening for the 154lb limit, left no stone unturned in the fight with Williams and was just simply "beaten by the better man on the night" says Hurd [post-fight.]

Multiple solid defences against high-calibre opponents such as Tony Harrison & Austin Trout followed up by the unification with Lara and another defence against Britain's Jason Welborn facilitated the route to PPV status & stardom.

What is not a foregone conclusion is the hidden talent within the 154lb world tiers and gateways have presented big opportunities to fighters to exploit, most recently with Jermell Charlo relinquishing his belt to the 28-year old Harrison.

Both Hurd and Charlo were guided along the same paths and touted to cross paths sooner rather than later and since the trajectory has changed ever so slightly, their sole focus is redemption and becoming world champion again.