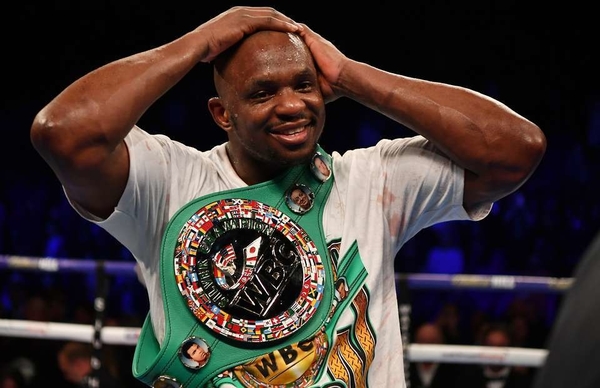 LONE WOLF: Whyte de-sensitised by WBC conduct yet continues to assert himself as #1 chief contender

Approaching Fight Week has been difficult to comprehend for Brixton's powerhouse, Dillian Whyte, as the facade surrounding his immediate world title shot with the WBC remains stagnant.

With no clarity nor confirmation about what the fight with Cuban title challenger Oscar Rivas will actually be for in terms of a physical and presentable golden strap on the line remains to be seen but Whyte is certain taking an alternative route isn't the only option.

The WBC's loyalist customer in terms of paying his dues and fees to be sanctioned for consecutive world-level, high-risk fights, the BodySnatcher is bemused by President Mauricio Sauleman's bullish tactics to leave the 31-year old on the outskirts.

With Deontay Wilder scheduled to defend his WBC title in the States for the foreseeable future, already targeting a rematch with bitter rival Tyson Fury early next year, this prolongs the already prolonged and exceeding process for fair treatment.

With the pressures and strain taking Whyte away to Loughborough University to finish camp off, the South Londoner's eye remain on the inevitable prize- an acclaimed version of the world title.

There's been no needle or bitterness in the build-up to this one, with all that sucked out of Team Whyte behind the scenes with confusion surrounding their man's eligibility at a world title shot continuously ringing shadow light on the recurring heavyweight order.

On the undercard, camp-mates Charlie Duffield & Richard Riakporhe both face career-defining challenges in the form of Daniyal Azeez & Chris Billlam-Smith respectively, while familiar character, Dereck 'Del-Boy' Chisora squares up with Artur Szpilka at the O2 Arena, in London.